The feature we wanted for such a long time.

After the public spoke (and we were kinda hoping it would happen eventually) Instagram has finally delivered what we’ve all been waiting for – the ability to switch between multiple accounts.

Announced on their blog this week, Instagram stated that ​you’ll be able to switch between 5 photo-editing accounts that can be done easily from the settings menu in your main account. 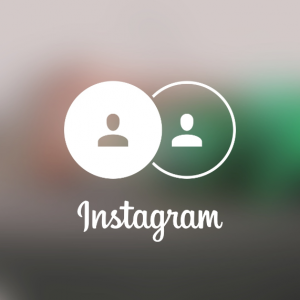 The nicest, most obvious part of this feature is that there’s no need to log out from one account to log in to another. This works well for those with personal accounts and now have the ability to switch to their business account(s), which falls perfectly into place since the social platform allowed accounts to advertise products/services last September. The added bonus with this also is that there’s a likelihood more posts will be shared between the accounts, with the ease of changing to and fro being there. However, from June 2016 they’ll be restricting their API, meaning you will only be able to switch accounts through Instagram itself.

Who else does it benefit?

Ricky & Morty did an interactive game across 50 different accounts for their fans.

Artists can also make collages across different accounts depending on their art style and usage, even making games through separate accounts and involving an interactive aspect of Instagram. This worked with several companies that are trying to find new ways to engage with customers and their followers by winning prizes and showcasing art or photography by utilising the tag feature using in the platform.

This will please a huge chunk of Instagram’s fanbase as they can now switch to and from accounts in just a few clicks and can work just as effectively as the Facebook Pages Manager feature – no lengthy logging out times and no time-wasting. With Instagram also restricting its API in the future it means more control will be handed to the Facebook-owned app, and third party apps will cease to exist.

Check out the 5 top tips guaranteed to make a social explosion with your content!